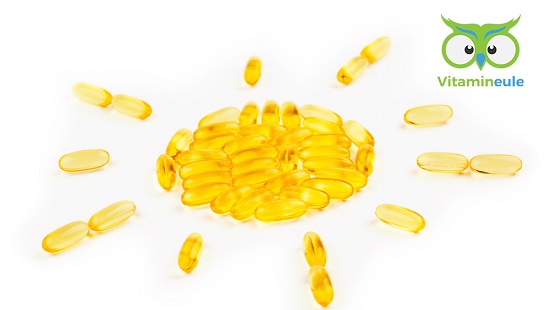 2 What is the role of vitamin D3 in the body?

3 Who suffers particularly frequently from a vitamin D3 deficiency?

4. symptoms of a vitamin D3 deficiency

8. vitamin D3 in combination with calcium

The human organism obtains vitamin D3 from the sun's radiation on the skin. In contrast to all other vitamins, only a small part of vitamin D3 is taken from food, the rest is formed with the help of the sun and synthesized by the body itself.

Vitamin D3 is a fat-soluble vitamin. Unlike other vitamins, the human body can produce the vitamin itself. It is produced when the skin is exposed to the sun, so sunlight is necessary. However, since not many people are regularly outdoors nowadays, more and more people suffer from vitamin D3 deficiency.

2 What is the role of vitamin D3 in the body?

3 Who is particularly prone to vitamin D3 deficiency?

Vitamin D3 deficiency is one of the most common vitamin deficiencies and can have many different causes:

Vitamin D3 is produced on the skin by the body through exposure to sunlight. A deficiency often occurs when there is little or no exposure to the sun. Many people who work in the office or wear long clothes have the problem of suffering from a vitamin D3 deficiency. With clothing only about 5% of our skin is exposed to the sun.

Especially older people are affected by a vitamin D3 deficiency. With age, the body loses the ability to produce the vitamin effectively. Doctors therefore advise their patients to go outdoors regularly so that the body can replenish its stores for the winter. The human organism covers most of its vitamin D3 requirements by producing it itself with the help of sunlight.

If a vitamin D3 deficiency is suspected, you should consult your family doctor. You should describe the exact symptoms to your doctor to make sure that they are actually due to a low vitamin D3 level. The doctor can determine the level of the vitamin in the blood (serum concentration of vitamin D3) to make an accurate diagnosis of a possible deficiency. We also recommend several tests, as a single test is only ever a snapshot of the vitamin D3 level. Vitamin D3 therapy is often recommended to remedy a deficiency. This means that the level is raised again with the help of dietary supplements in the form of capsules or infusions.

Among animal products, the vitamin is mainly contained in:

Among the vegetable foods, the vitamin is mainly contained in:

Vitamin D3 is offered in the form of capsules and tablets. Both forms are easy to handle and quickly enter the circulation. However, vitamin D3 tablets are sold in pharmacies, which in many cases have been manufactured with artificial additives or abroad. Vitamin D3 capsules often contain only the active ingredient in a vegetable cellulose shell and can therefore be produced without fillers. In general, it should always be ensured that the product has been produced in Germany in order to guarantee a consistently high preparation quality.

8. vitamin D3 in combination with calcium

Calcium is essential for bone formation. Vitamin D3 supports the absorption of calcium. Therefore a combination of vitamin D3 and calcium can be very useful. Calcium is absorbed in the intestine, and the intake rate is significantly improved by taking vitamin D3. As a helper, the vitamin supports the integration of calcium into the bones. In doing so, it helps the bones to harden and mineralise. 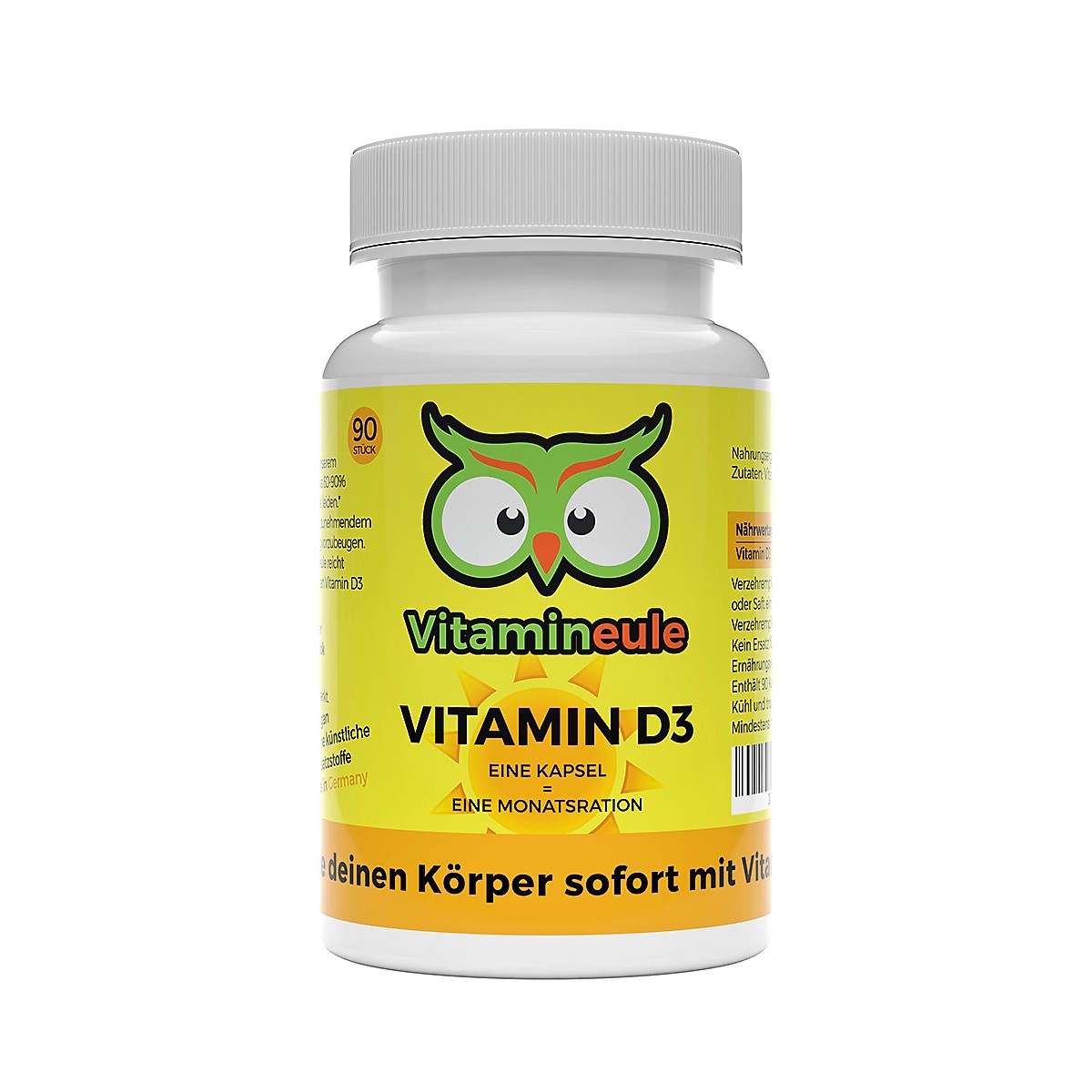 In our online shop you will find our vitamin D3 capsules without artificial additives. Each capsule contains 30.000 I.E pure Cholecalciferol from lichens. Each can contains 90 capsules. In addition to fast & free shipping, we offer a voluntary six month return guarantee for all products.

Vitamin D3 is an essential vitamin and is involved in many metabolic processes. It is indispensable for the human organism. During the winter months, many people suffer from vitamin D3 deficiency due to lack of sunlight. Typical symptoms of a vitamin D3 deficiency include hair loss, susceptibility to infections and muscle weakness. If a vitamin D3 deficiency is suspected, one should have the serum concentration of vitamin D3 measured by a doctor in order to be able to make an exact diagnosis. A vitamin D3 deficiency can be easily remedied with the help of dietary supplements. Vitamin D3 promotes the absorption of calcium from the digestive tract. Calcium can be better absorbed in combination with vitamin D3. The vitamin regulates the calcium and phosphate metabolism and has an influence on muscle strength. Vitamin D3 is found in both animal and vegetable foods.